12 Types of Street Light Bulb for Any Outdoor Lighting Illumination

Want to know which type of lamp is the best for your street lighting project? What’s the best light bulb alternative for your existing fixture? Here’s a complete guide.

Isn’t it great that street lights have been fundamental in creating the mood in each film we watch? Yes, you heard that right. In fact, Hollywood spends a large chunk of time, energy and money creating the perfect illumination for each movie scene.

Lights are definitely worth the effort and time to spend on. So whether you’re designing your patio or garden with outdoor lights, or trying to light up a whole neighborhood or highway with street lights, it’s worth knowing if you use the right type of lamp.

There are many types of light bulbs used in different lighting fixtures. Some are exclusively used for specific outdoor lighting applications, while others can be generic and can be used in wider range of applications.

Read on as we uncover each type of street light bulb, arranged from the earliest to the latest invention.

Incandescent light bulbs for street lights are currently being faced out and replaced with newer energy efficient lighting solutions. This type of light was invented in 1879 by the famous Thomas Edison and was used to replace arc lamps.

Although not very advisable to use, some towns still use this type of light bulb as it brings a nostalgic effect of the “old time” when people went through the so called “Period of Change”. 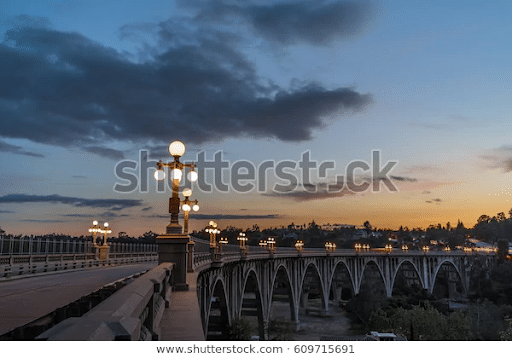 As you can see, it’s still very quaint and decorative, yet they are actually not very practical for street lighting. Let’s dig a little deeper as to why that is.

Incandescent street light bulbs use tungsten-halogen filament which are commonly used in theaters and stadiums. They have high efficiency, brightness and good color rendition, but their lifespan is shorter than other types of bulbs. 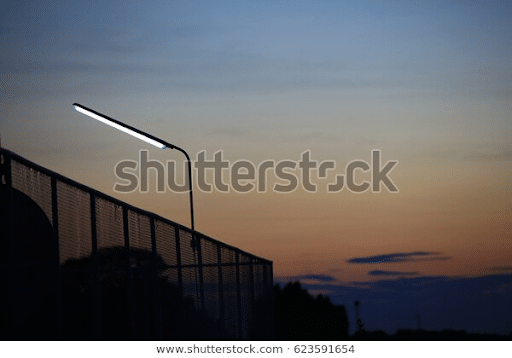 This type of street light bulb encases a metal electrode in both ends. Inside the tube, it contains mercury and argon gasses which help ignite the lamp. In effect, fluorescent street light bulbs create strong ultraviolet rays, but the visible light is weak.

In general, they are more efficient than incandescent bulbs, but emits strong ultraviolet radiation. Hence, they are not very economical and environmental.

Today, you can find a few mercury vapor street lights, as most of them were replaced with the more efficient sodium lamps for street lighting.

An older version of the mercury vapor light can be easily distinguished with its bluish-green illumination and people seem to dislike it because of this.

Newer versions were known as “color corrected” lamps as their designs are improved with phosphor to produce more white light.

High Pressure Sodium (HPS) lamps are one of the most common bulbs for street lights in existence today. They produce white light through a mixture of different gases and they are highly preferred because of less maintenance.

Aside from this, they are also more efficient than the earlier light bulb versions. HPS also produces yellow-orange illumination.

Low pressure sodium (LPS) lamps are like the HPS lamps, but instead of illuminating white light, they emit exclusively warm or yellow light.

LPS lamps are highly efficient as compared with its predecessors, but it also takes a few minutes before turning on. The color of the light is purely yellow-orange. 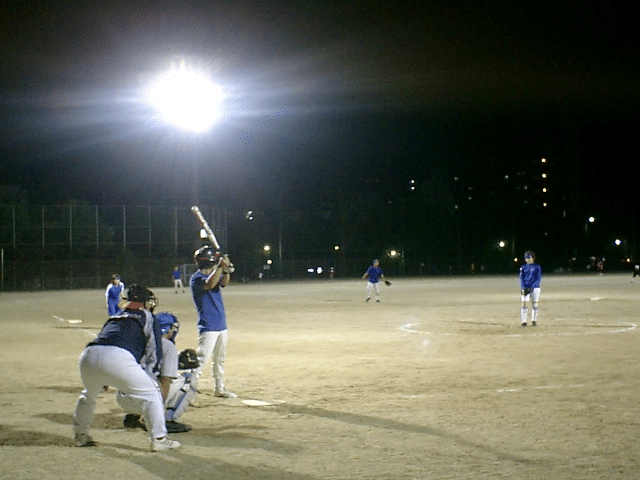 What’s good about a metal halide light bulb is that it emits true white light, meaning they are highly suitable for wider areas such as a sports field. Metal halide has been popular for many street lighting installations and are more preferred over mercury lamps.

This type of street light bulb is an improvement of the metal halide lamp.

It was designed to replace HPS and mercury vapor lamps at it produces clearer light with improved CRI (78–96).

The good thing about an Induction Lamp is it has a long lifespan and is energy efficient. This type of street light bulb was developed by Nikola Tesla and is promised to render higher color rendering index and color temperature than Thomas Edison’s incandescent light. Its downside however, is that it cannot work properly in high temperatures (35 degrees Celsius and above).

CFL street lights are still common today, despite of the emerging solar LED street lights. CFL bulbs mimic the physical feature of the incandescent bulb, but internally, they operate like fluorescent bulbs.

Hence, they are more compact than the traditional fluorescent lamp. You can easily distinguish CFL lights with their tubular loops.

CFL lights are used in many commercial building lighting and perimeter street lighting. They produce the same amount of light like the fluorescent bulb, but consumes less power. Compared with incandescent bulbs, CFLs have a longer lifespan (10,000 hours). 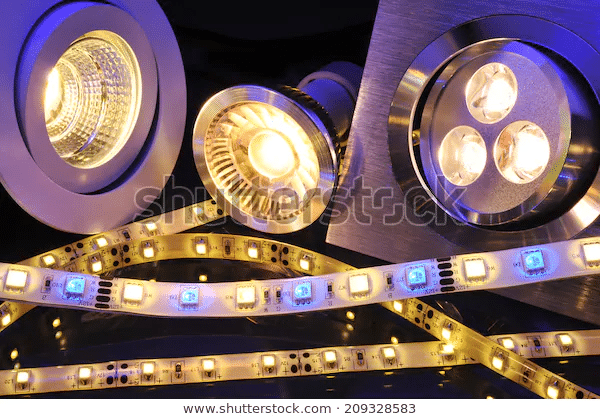 An LED street light bulb is the most energy efficient option for outdoor lighting solutions. Not only does it have an extremely long lifespan (50,000 hours), but it also does not emit toxic chemicals like mercury lamps.

An LED lamp produces blue/white light. There are a lot of benefits when you use LED compared with the other types of bulbs. For one, it is easy to turn on as warm up is not needed. It also doesn’t produce ultraviolet rays.

LED lights can also be used to direct light. They can also be controlled by dimming unlike CFL lights. LED lights are also used in smart solar street lights, where automatic brightness and dimming occurs depending on set lighting controls for the street light.

Phosphor-converted amber or PCA LED lights have just been released 3 years ago. They are new on the market. PCA LED promises a highly efficient lighting solution with good color rendition. The only downside is its price as they are currently expensive.

Unlike traditional LED, PCA LED is a monochromatic amber light that produces yellowish glow. It is very pleasing to the eyes, and has a higher lighting efficiency.

Narrow-Band Amber (NBA) LED street light bulb is a new LED innovation. It emits yellow or a warm color, rather than the traditional LED color (blueish-white).

NBA LED is promised to render good quality color, so as not to make illuminated things look grey (like LPS lamps). Currently, it is high-priced but are very energy efficient.

How to Measure the Brightness of Street Light Bulbs?

Just so you can understand how to specify a certain street light brightness specification for your project, we will explain in the following section how.

As you might know, we used to buy traditional light bulbs according to their wattage. The higher the wattage, the brighter it is. But for today’s standards, this particular measurement method became meaningless after the invention of LED’s.

Today, if you want to specify a bulb’s brightness, you should refer to its lumens. Lumens is simply the LED unit of measurement for its brightness. It does not refer to how much energy it consumes like how we refer to an old lamp’s wattage.

Below, you will find a conversion table that specifies the amount of lumens needed to convert an incandescent bulb into its alternative bulbs such as CFL, Metal Halide or HPS and LED. You may find this useful when you want to replace an existing incandescent fixture or metal halide fixture to an LED street lamp.

This means that if you want to replace a 250 Watts Incandescent Bulb with an LED light, you must look for a 4000 lumens LED with a specified 30 to 40 Watts of power draw.

How Much Does Each Street Light Bulb Cost?

To give you an idea of how much each type of street light bulb would cost you and how much to operate over a lifespan of 50,000 hours (about 11 years at 12 hours street light usage per day), you may refer to the table below.

And as you can see, upfront, LED lights cost more, but in the long run, you can save more.

In general, LED lights are the best option for general-purpose street lighting. They are the most energy efficient, with the longest lifespan and with no harmful carbon emissions. They are basically the best type of light for solar street lights as well.

If you want to find affordable and high quality options for solar LED street lights, look no further. HeiSolar can provide you with the latest, eco-friendly solar street light solutions with high-quality LED lights from Cree and Bridgelux. You may visit our website or contact us for more information.